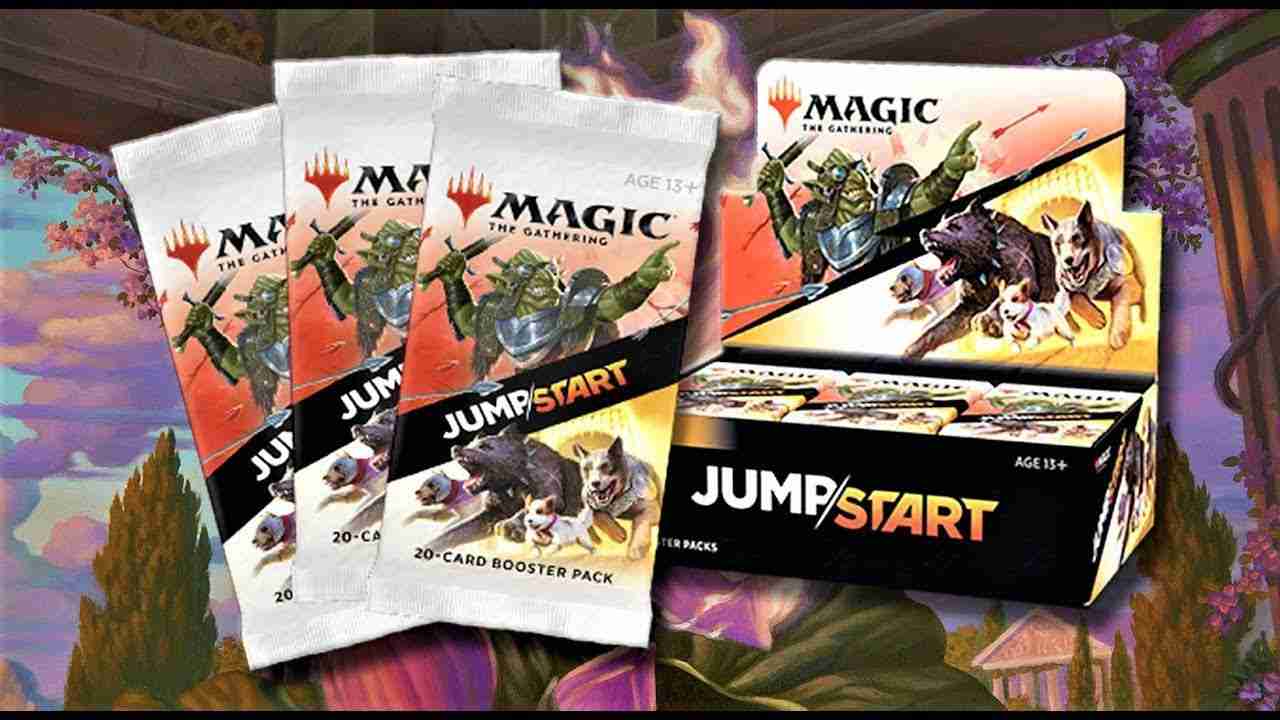 This week Magic: The Gathering revealed a brand new format called Jumpstart. The idea behind this format is to introduce a pick up and play system much like the one Fantasy Flight Games introduced with Keyforge. This also created more of a collectable deck game as opposed to the more common collectable card game hobby.

The new Jumpstart format is going to include a mix of existing cards as well as introducing 37 new cards which will be legal in the Jumpstart format however, these won’t be legal for use in Standard, Pioneer or Modern and will instead be limited to Legacy, Vintage and Commander.

The new booster packs are going to contain 20 cards instead of the traditional 15 but each booster pack will be based on a theme which can be mashed together with another theme to create some unusual match ups and removes the need for deck-building.

Jumpstart is said to have nearly 500 reprints which have been used to form 121 different 20-card decks and is set to release following the pre-release weekend of 20-21 June 2020.